It was only a matter of time. Starting in January 2018, certain driver’s licenses may no longer be used as identification at TSA airport checkpoints. That’s not true for everyone, only residents from the nine states who, as of now, have failed to comply with a 2005 federal mandate to standardize the issuance of IDs, such as driver’s licenses, and non-compliant states that were granted an extended deadline.

If the lack of legroom in your economy class seat doesn’t make you uncomfortable, perhaps American Airlines’ latest ad campaign will. 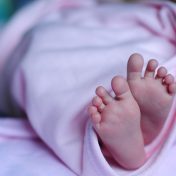 There is nothing more tragic than the preventable death of a child. My heart aches for the family of 10-year-old Caleb Schwab, who was tragically killed August 7 on the world’s tallest waterslide, the Verrukt, at Kansas City amusement park Schlitterbahn.